Camping and Holidays Village in volterra

Camping and Holidays Village in volterra

Velathri as the city was called when it was founded by the Etruscans in the seventh century BC, had a perimeter wall of more than seven kilometers left to scholars assume that over the city, there were also inside of the land. The city acquired the years with great importance and it became one of the twelve lucomonie nation Etruscan. The economic aspect of this area has changed over the years, in fact, once the only source of trade were the extraction of copper, dell'allume, dell'alabastro and salt, which were then subsequently worked in manufacturing volterrane.
Today some of these activities remain as tradition, such as small artisan firms working the alabaster, but many are also innovations, and the first metalworking industries and chemistry. Still one of the first sources of income of the country is tourism.

Other places near Marina di Bibbona: 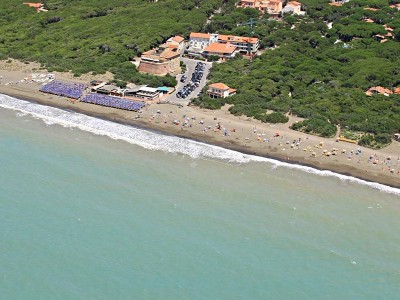 The beautiful sea of ​​the Etruscan Coast and this area, ideal for cycling…. make the camping Casa di Caccia the right place to spend your holidays dedicated to sport, fun and freedom!

On a bike, that can be rented directly at the campsite, you will discover beautiful coastline stretches and many bike paths through the pine forest towards the small villages and find interesting eno-gastronomic itineraries too.

Land full of colors, scents and flavours, the Etruscan Coast is the ideal place to discover all the gastronomic delights that make Tuscany an area of a great wine and culinary tradition.

Along the famous "Wine and oil Route," among villages, hills and stretches of coastline, you will find small wineries that organize tastings of the typical products: wines, high quality olive oil, meat and cheese.

There are also famous restaurants such as "La Pineta", on the beach of Marina di Bibbona, awarded with a well deserved Michelin star.

Sea, pine forest and animation: a vacation for the whole family!

Our staff will reply as soon as possible!

Book online with our best rates.